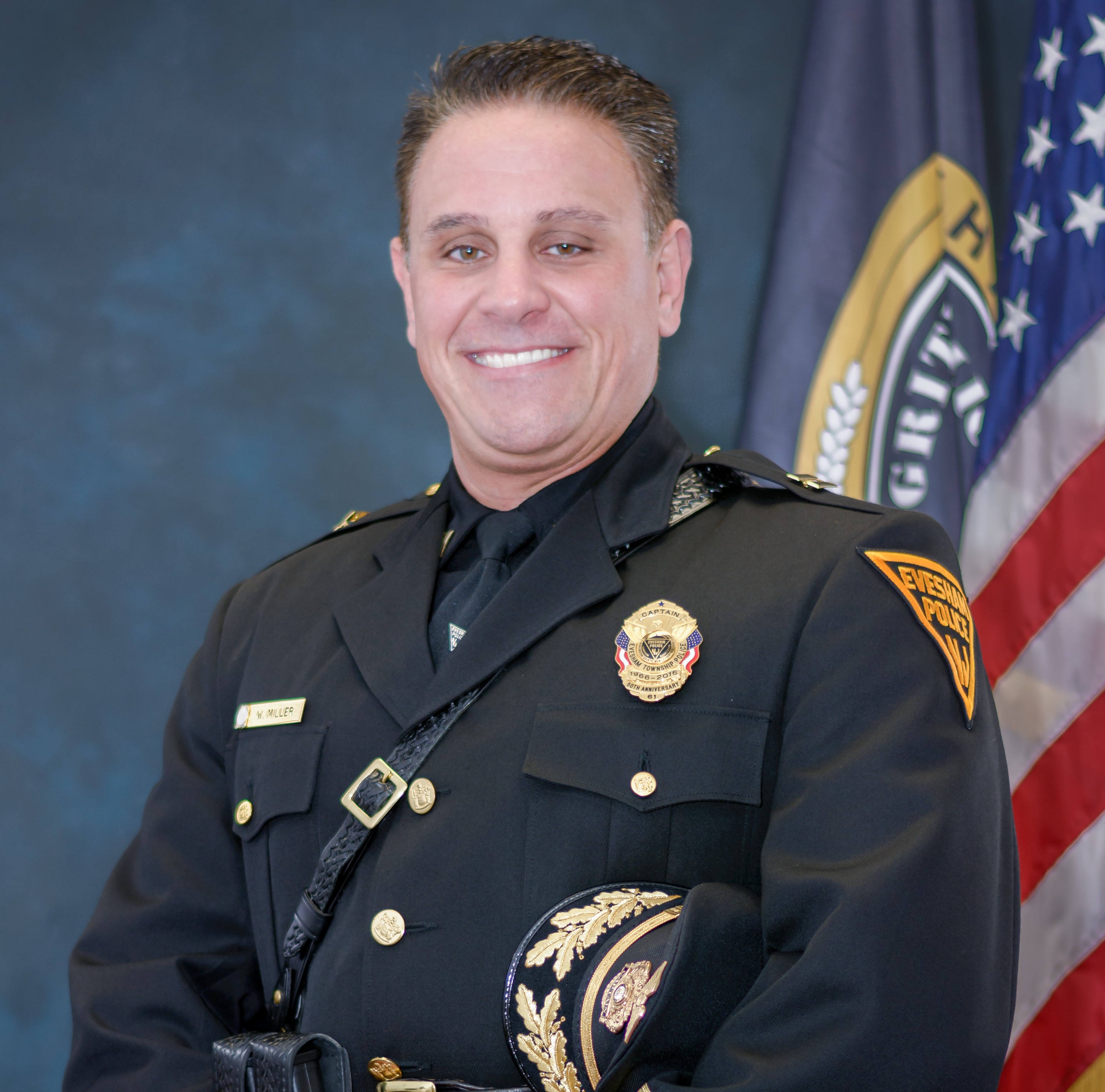 Captain Miller began his career in law enforcement in 1996 after his graduation from the Gloucester County Police Academy.  During this tenure with the Evesham Police Department, he served as a Lieutenant commanding various Bureaus throughout the Agency, including Patrol, Criminal Investigations, Administrative, Support Services and Operations. Prior to his promotion to Lieutenant, he served as a Sergeant in the Criminal Investigations Bureau, a Detective, a Narcotic’s Investigator for the Burlington County Narcotic’s Task Force and the New Jersey State Police Narcotic’s Task Force Southern Division, as well as a Patrolman. Prior to his employment with the Evesham Township Police Department, he served as a Police Officer for the Amtrak Police Department, assigned to the Philadelphia Field Office. During his career, he has proudly served for two Nationally Accredited Law Enforcement Agencies.

Captain Walt Miller is an Accredited Command Executive through the New Jersey Chiefs of Police Association.  He holds a Bachelor of Arts Degree in Law/Justice from Rowan University and a Master of Administrative Science Degree from Farleigh Dickinson University. He is a graduate of the FBI National Academy, Session #267 in Quantico, VA.  He is also a graduate of the FBI’s Law Enforcement Executive Development Mid-Atlantic Training held at Princeton University, is a graduate of Penn State University’s Police Officer Law Enforcement Executive Training, the Certified Public Manager’s Program through Rutgers University and the Police Executive Institute. Captain Walt Miller is a member of the International Association of Chiefs of Police, the New Jersey Chiefs of Police Association, the National Academy Associates, the FBI’s Law Enforcement Executive Development Association and the American Society of Public Administration. He also serves as an Adjunct Professor at the Rowan College of Burlington County and at the Rutgers University School of Public Affairs and Administration.

Captain Walt Miller prides himself through his work at building those under his command into consummate professionals, while we together, to make Evesham Township a great place to live, work and play. 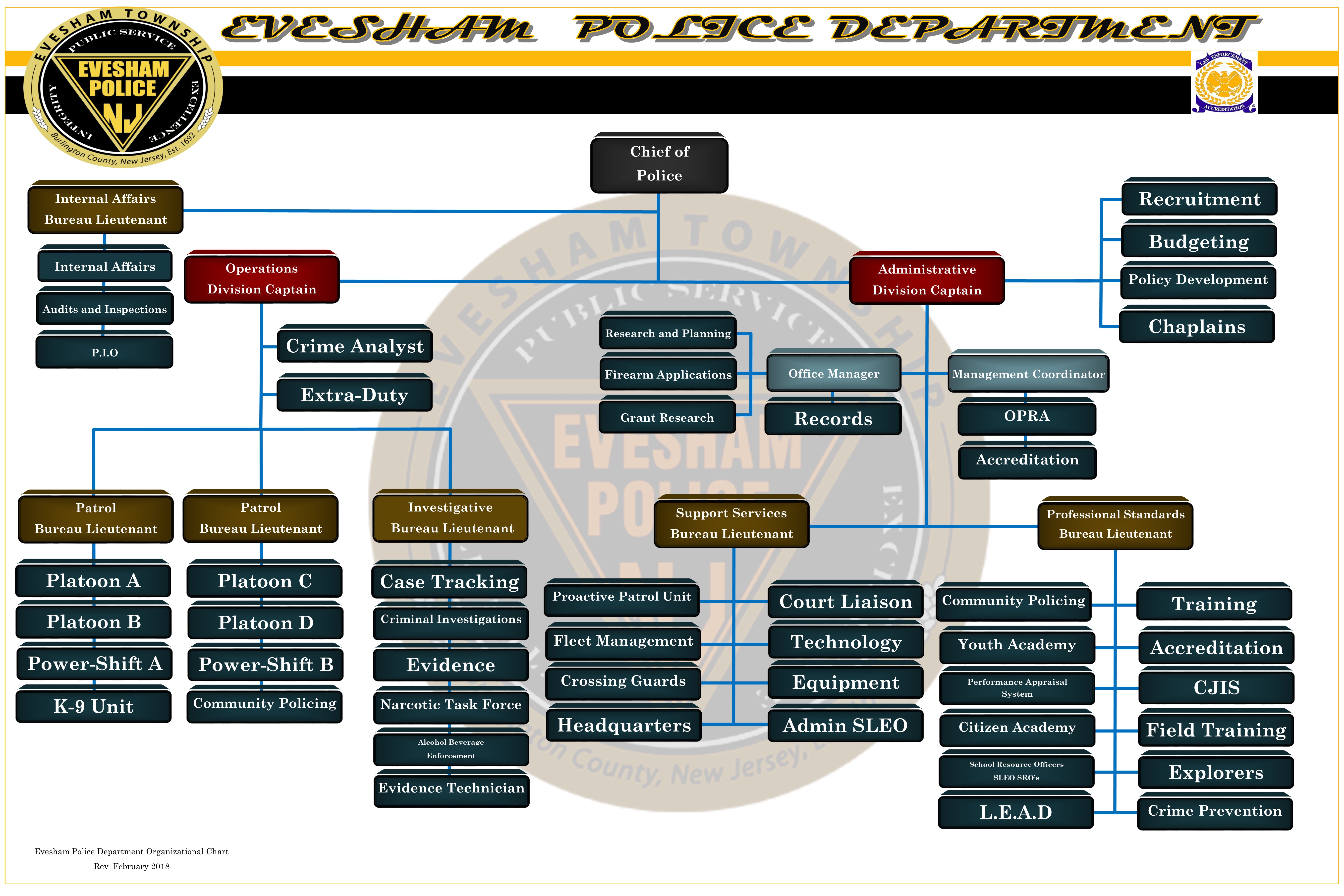