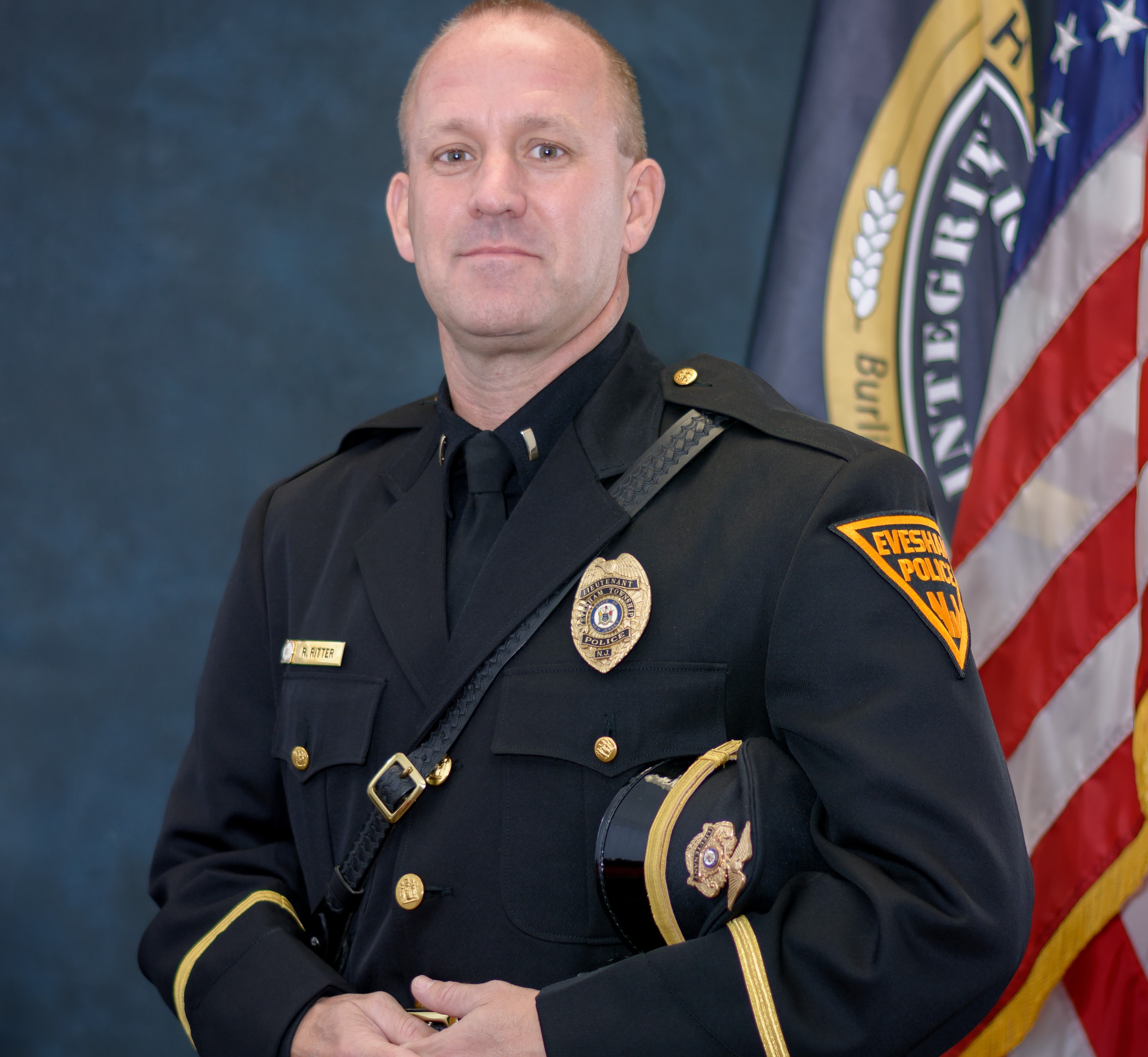 Lt. Ron Ritter was hired in Evesham Township in 1997 after having served in Medford Township as a patrolman for a year and a half.  Lt. Ritter graduated from the Burlington County Police Academy in 1996 and holds a Bachelor of Arts degree from Rowan University.  He is currently working on obtaining a Masters in Administrative Science from Fairleigh Dickinson University.  He is additionally a 2014 graduate of the NJ Chiefs of Police Command and Leadership program.

Lt. Ritter was promoted through the ranks to Corporal in 2001 and Sergeant in 2004.  He was promoted to the rank of Lieutenant in 2014 and currently heads the Support Services Bureau.